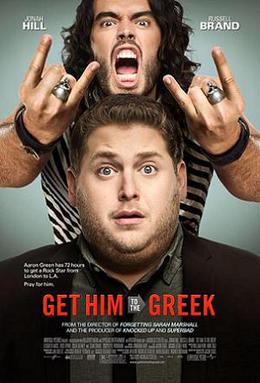 We’re now less than 24 hours away from the start of the most prestigious international football tournament. I’ll be honest: I’m not always passionate about soccer. Call me a bandwagon fan if you want, but I can’t help but be caught up in the excitement for the World Cup! Here are the top five reasons I’m looking forward to the World Cup:

5. The tournament has already been a wild ride.

When it comes to big-time athletic competition, some injuries will happen. For this year’s World Cup, the injuries started early. David Beckham, one of the world’s most famous footballers, has been out for months. England’s captain Rio Ferdinand was also injured, so Steven Gerrard is stepping into the role. Just last week, Ivory Coast’s striker Didier Drogba broke his elbow and underwent surgery. North Korea incorrectly listed one of their players as a goalkeeper, and now he won’t be able to play as a striker. Plus, the official match ball the Adidas Jabulani has been met with mostly negative reviews from both keepers and field players. You can’t make this stuff up.

Granted, no one expects the U.S. to actually win the World Cup. Still, coach Bob Bradley has assembled a squad that’s exciting to watch. In last year’s FIFA Confederations Cup (a warm-up of sorts for the World Cup), the U.S. upset powerhouse Spain 2-0 in the semi-finals, only to lose to Brazil 3-2 in the final game. The team has seasoned veterans, including goalkeeper Tim Howard plus Clint Dempsey and Landon Donovan, as well as young studs, like José Francisco Torres. There are still some question marks concerning injuries and the defense, but the U.S. will benefit from drawing a favorable group. The team’s first match is Saturday against rival England (2:30 P.M. EST, ABC).

This World Cup is the first-ever to be hosted in the African Continent. South Africa beat out Morocco and Egypt in the bidding process to host the tournament. It hasn’t even been two decades since democracy began in the country once torn apart by apartheid. In South Africa, people still perceive “soccer [the sport] of the black man” despite its popularity.  The continent has a reputation for being a land of endless famine and war, but many countries are making progress. Historically, home-grown teams do well in the tournament, so expect an African team to be successful (the best bet: Ivory Coast).The World Cup is a chance for both continent and country to shine.

If you watch as much Sportscenter as I do during the summer, you know ESPN is hyping the World Cup like nobody’s business. Of course, the network is broadcasting all the games, but they are relentless with their advertisements, segments, and previews. Some commercials even star South African actor Djimon Hounsou. (It’s not like ESPN has to convince Americans everywhere that we’re a soccer-obsessed country like the rest of the world or anything.) Last week in the mail, I got the latest issue of Time (pictured above). It’s the best issue I’ve seen in a while, and it discusses the cultural and political impact of the World Cup. If you’re excited at all about the World Cup, I definitely recommend you pick up a copy. Oh, and then there’s this epic commercial:

The World Cup, like the world’s other great sporting competitions, is an event. Die-hard soccer fans have been looking forward to tomorrows since Italy won the last World Cup in 2006. (And who can forget that game, with Zidane’s headbutt seen around the world?) Like the Olympics, it’s hard not to get swept up in national pride when watching the World Cup. Let’s face it Americans: soccer is the world’s sport- it’s egalitarian and has the power to unite people.

The World Cup kicks off tomorrow with South Africa facing a talented Mexico team (9:30 AM EST, ESPN). Are you going to watch? And who are your favorites?